Prof. (Dr) Debajit Hazarika joined as the next Principal of the college on 25th June, 2007 and it is in his tenure the construction works started on the sacred day of 19th December, 2008. His tenure was ended on 2nd of November 2010.

Prof. (Dr.) R.K.Kalita, the Superintendent of the Hospital and Head of the Physiology department acted as the Principal-cum-Chief Superintendent from 01-st Nov, 2011 till 31-01-2012.

Prof. (Dr.) Bhabani Prasad Chakravarty, a renowned physician and former Head of Dept. of Medicine of Guwahati Medical Medical College acted as the Principal-cum-Chief Superintendent from 01-02-2012 till 01-02-2016.

Prof. (Dr.) Arabinda Das, a renowned pathologist of the region and professor of pathology joined as the Principal-cum-Chief Superintendent from 12-02-2016 till 31-05-2017.

Dr. Dilip Kr. Dutta, Professor and Head of the Department of Surgery of Fakhruddin Ali Ahmed Medical College, and Vice-Principal took charge as the Principal on 1st June 2017 and continued in the capcaity till 30-th October 2018.

Prof. (Dr.) Dhrubajyoti Borah , formerly worked in capacity of Principal at Jorhat Medical College, Assam and To be inagurated Diphu Medical College. He also worked as Director of Medical Education of Assam. Dr. Borah is a well known writer of Assamese literature and honored with Sahitya Akademy Award in 2009. He was the president of Axom Xahitya Xabha from 2015 to 2017, one of the most prestigious honours of Assamese Literature. Dr. Borah was a Professor of Medicine and Rheumatology unit, Gauhati Medical College. Dr. Bora retired as the Principal of FAAMC, Barpeta on 30-th November, 2020 to engage more fervently in his literary works. FAAMC wishes him the best in his endevours.

Sealed quotations are invited for 'Tender for Supply of Stationery Items (III) at FAAMC&H, Barpeta.' The last date for submission of quotation is 09/05/2022 up to 11:00 AM. For Full Tender Notice, click here.

Sealed quotations are invited for 'Items as detailed in the attached notice for supply at FAAMC&H, Barpeta' The last date for submission of quotations is 11/04/2022 up to 12:00 Noon. For Full SQN Notice, click here.

Sealed quotations are invited for 'Hiring of 42 or above seater vehicle for carrying student from FAAMC Campus to Bilortarihati / Nagaon & Back and Bhakatpara Boys' Hostel to FAAMC & back at FAAMC&H, Barpeta, PIN: 781301, Assam.' The last date for submission of quotations is 28/03/2022 up to 5:00 PM. For Detail Tender Document, click here. 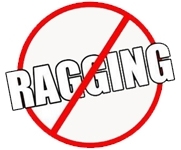 Prevention of Caste Based Discrimination

(discrimination@faamcassam.co.in)
For details, click here.
webadmin (ৱেবছাইট প্ৰশাসক)
﻿Disclaimer: Due care has been taken while uploading information to this website. However, it is possible that some errors may have crept in despite being very careful. Kindly confirm with the College authority if you have any doubt about any information found here. We believe thorough communications can reduce all confusions.